What the EU’s Tougher New Privacy Regulations Mean to You

The legislation initially will affect large companies including Apple, Google, Amazon, Meta and Microsoft. For example, it will not allow Google to collect personal data from different services to target ads to consumers without the users’ consent. And Apple may have to allow users to download apps from sources other than the App Store.

“Faced with big online platforms behaving like they were ‘too big to care,’ Europe has put its foot down,” Thierry Breton, one of the top digital officials in the European Commission, said in a recent NY Times article. “We are putting an end to the so-called Wild West dominating our information space.”

The EU is also expected to pass legislation next month that would force social media companies to police their platforms more aggressively.

The new legislation may extend its influence in two key areas. First, experts believe more restrictive legislation will appear around the world in response to the DMA – as it did after the General Data Protection Regulation (GDPR) was adopted. Launched in 2018, the GDPR restricted the collection and sharing of personal data in the EU and became a model for countries like Brazil and Japan. Also, the new European standards may expand to become global standards because it’s easier for companies to apply them across all their markets rather than carving out rules for a single geographic area.

Messaging services can also be affected by the legislation. WhatsApp, which is owned by Meta, could be required to make its system accessible to users of rival services like Signal or Telegram. Signal or Telegram, for example, would have the option of making their systems compatible with WhatsApp. As the law takes effect and enforcement begins, other modifications may cascade from those that are initially apparent.

So, if you thought you could simply wait out the implementation of U.S. and international privacy laws and fly under the radar, you might need to rethink your strategy. Privacy regulations are not going away. They are, in fact, growing.

We’re always watching text messaging regulations around the world so that we can help you stay compliant. As the DMA takes effect, we’ll let you know how new laws may affect your customer outreach.

We can help make compliance easier, particularly if you’ve tied your text messaging campaigns into your CRM. We can help you keep up with the details like customer permissions as they opt-in (and perhaps opt-out) of your messaging campaigns. Our back-end systems are structured so that we can display individual requests, and we can prove you’ve complied with customer requests. You won’t have to worry about regulators asking to see your records. We use on-going processes to collect and store information about distribution and can share it with regulators, if necessary.

Protecting privacy is a complicated question, but with the right partner, the answer can be simple. We’ll keep you updated as laws around the world change. Let SMS-Magic help you reach your customers while you’re protecting their privacy.

Start a free trial today! Your customers will love you for it! 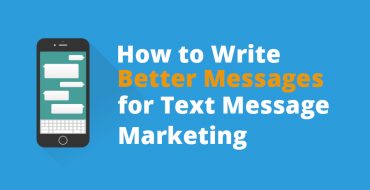 How to Write Better Messages for Text Message Marketing 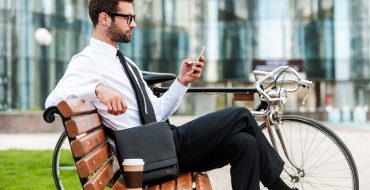 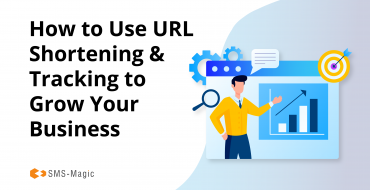 How to Use URL Shortening and Tracking to Grow Your Business