Finding a great job has never been easy. But hiring talented people who fit well in a company hasn’t been easy either. The hiring process has been described as a slow tango between the job seeker and the company with the job – each side wanting to present their best dance steps without revealing their weaknesses.

In a normal economy, it could take weeks or months to advertise, interview, offer and accept. Slow-to-hire companies often lose out on the best prospects, leaving themselves with average workers. That’s in a normal economy.

In 2021, according to the U.S. Bureau of Labor Statistics, more than 47 million people voluntarily quit their jobs, many of them responding to life changes brought on by the Covid-19 pandemic. Low-wage workers led the pack, but they were followed by women with increased childcare responsibilities, retiring Baby Boomers and people who wanted better pay, greater flexibility and less stress in their work lives. Job openings have increased to records highs. Welcome to the “Great Resignation,” aka the “Big Quit.”

So what’s an excellent company to do? Home Depot, a Fortune-500-ranked company, plans to hire 25 percent more workers for its spring season this year by speeding up the application process. The company plans to offer jobs in as little as one day, up from an average of five days previously. The company is also holding virtual job fairs to fill 100,000 full- and part-time job openings.

Your business may not involve selling building supplies and you may not be able to offer jobs in 24 hours, but evidence shows that speeding up your hiring process can help you fill open positions with the talent you need. Hiring fast allows you to recruit top talent and to give them a better candidate experience. You’ll experience higher acceptance rates because a faster timeline gives candidates less time to consider other offers.

It also keeps the candidate from “ghosting” the hiring company. The term ghosting comes from the dating world where it means someone has simply disappeared from all communications. A recent Indeed survey indicates that 76 percent of employers have been ghosted – even after a candidate has accepted a job – and 57 percent believe ghosting is more common than before.

Some ghosting occurs when a candidate receives a better offer and chooses not to inform other interested companies, but lack of communication also plays a large role in candidate frustration. A recent CareerBuilder survey finds that 51 percent of applicants are discouraged by a lack of information. More than a third of respondents said that need to know what their status is during the process and employers don’t share that information. Slightly less than a third of respondents said employers don’t even acknowledge receiving their applications.

The results? Frustrated applicants are more likely to ghost the employer.

Liz Cannata, vice president of human resources at CareerBuilder, said in a Fast Company interview: “If the candidate doesn’t understand where they’re at in the process or how long the process will be, they can lose interest and become disengaged. Similarly, if the process is too long and feels like it’s dragging out because the employer keeps adding one more interview or they’re unsure of when they’ll have a decision, that can also lead to drop off.”

We would like to suggest that using text messaging during your hiring process can make a big difference, especially for staffing companies. By including permission to text the candidate on your application, you can communicate with applicants initially via a series of automated texts. When you’re farther along in the hiring process, you can send group texts to let applicants know they aren’t progressing in the hiring process and send individual texts to those whom you’d like to interview.

Once you’ve narrowed down the selection, you can move to one-on-one conversational messaging to set up interviews and gather any additional information you need. Your applicants get the information they need quickly in a format they prefer.

We know applicants prefer texts because globally we send 5 billion texts a day, and we open 98 percent of them. Conversely, we only open emails 22 percent of the time, according to Gigaom. Research from Asurion shows that we look at our phones 96 times a day or once every 10 minutes. You can bet that job applicants are just like the rest of us.

We also know that managing the flow of information is critical, too. If you use a CRM like Salesforce or Zoho, SMS-Magic can help you track of all your applicant interactions. All of your incoming texts, emails and phone conversations, as well as your responses, can be archived in your CRM.

It’s a competitive world and if you’re able to respond to candidates faster than your competition, you have earned an amazing competitive advantage. Quick responses to applicants help you recruit the best possible candidates while enhancing your hiring brand in your industry.

Being authentic in your hiring process is increasingly important in today’s business world. Staying in touch with talented applicants has become a requirement. SMS-Magic, through conversational and automated text messaging, can help you reach out to applicants faster and with better results.

SMS-Magic offers a free trial so that you can get a feel for our product. If you’re as pleased as we think you will be, you can choose the level of service that’s best for your company.

Contact us to set up a demo or to start your free trial. Let us show you how you can engage applicants in new ways! 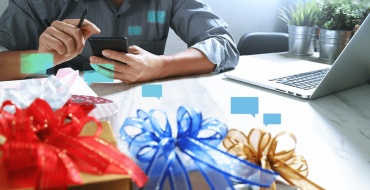 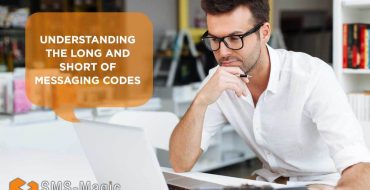 Understanding the Long and Short of Messaging Codes 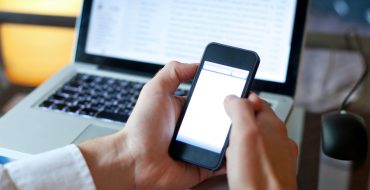 Get and Stay Relevant with SMS Messages